A medieval wonder and a star of Hollywood movies. 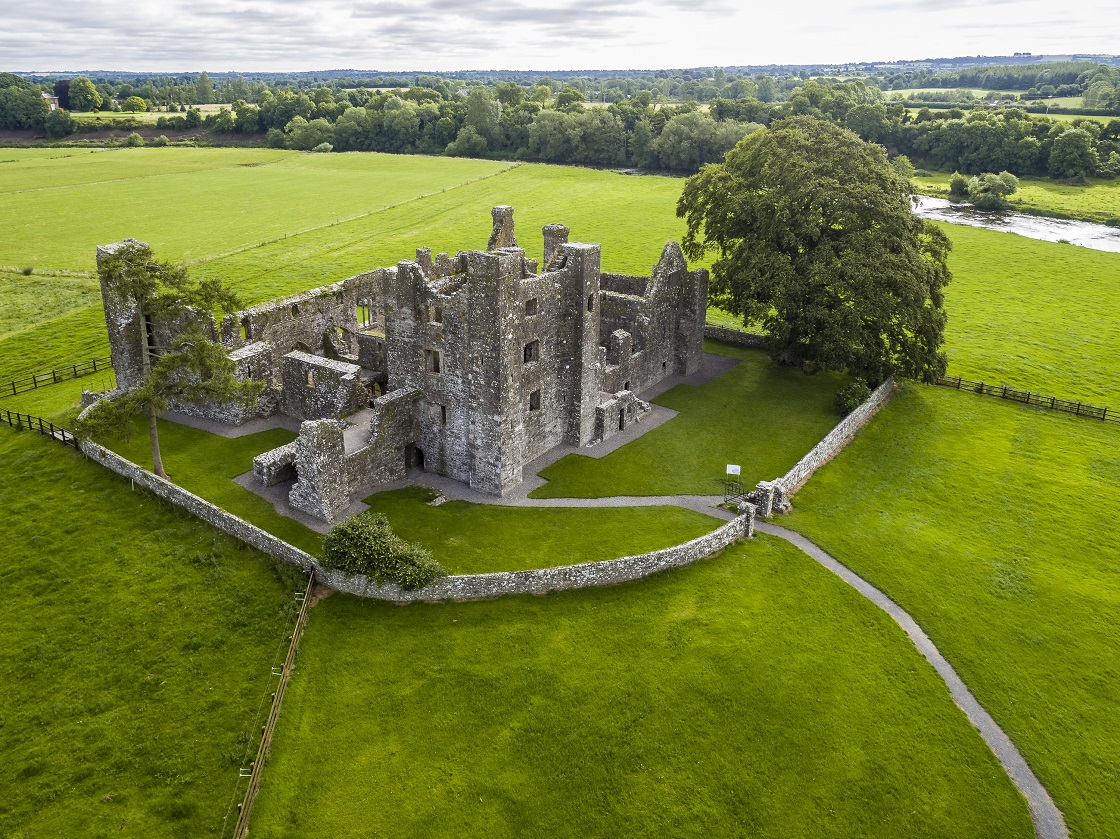 Bective Abbey was founded in 1147 for the Cistercian Order by Murchad O'Maeil- Sheachlainn, King of Meath. It was Ireland's second Cistercian Abbey; a ‘daughter house' to nearby Old Mellifont Abbey. The Order had been founded to recapture the original simplicity of monastic life; this was reflected in their restrained buildings.

Bective became an important monastic settlement. The remains now visible at the abbey date mainly from the 13th to 15th centuries. They include the church, chapter house and cloister. The cloister ruins are particularly well-preserved and feature pointed, gothic arches typical of Cistercian architecture.

The abbey was suppressed following the dissolution of the Monasteries under King Henry VIII in 1543. The lands were then rented, and the monastery began to be used as a fortified house.

Today, the ruins provide a maze of passageways with dead ends and interrupted staircases, all asking to be explored. Due to the attraction of its medieval ruins, Bective Abbey has been used three times by Hollywood producers: in 1955 for Captain Lightfoot starring Rock Hudson, the 1995 blockbuster Braveheart starring Mel Gibson and most recently in 2020 by Ridley Scott for his medieval epic The Last Duel, starring Matt Damon, Adam Driver, Jodie Comer and Ben Afleck.