Kells, or Ceanannas Mór, meaning Great Fort, was known to be a royal residence before St. Colmcille established a religious settlement in Kells in 550.  It is considered by many historians to be one of the most important monastic sites in Ireland.

With a wealth of history and heritage, it is no wonder that so many tourists come to kells in search of the secret of kells.  The Kells Historic Trail guides you on a journey of 14 historic points of interest all around the town.  The trail commences at the Town Hall and Tourist information point (located beside the Headfort Arms Hotel at Headfort Place) where you will find parking.  Enjoy the experience and read on to learn more about some of the points on the trail. 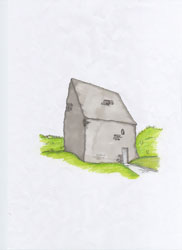 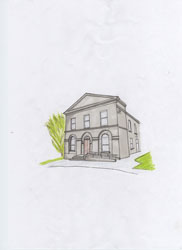 The Courthouse, built in 1801, was designed by Francis Johnston, who also designed the General Post Office, Nelsons Pillar and Townley Hall where Dublin Gate, one of the five gates in the medieval town walls now stands. 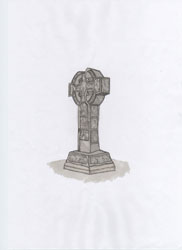 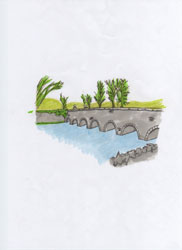 Situated on the pale, Kells has always been an important defensive stronghold. The dissolution of the monasteries by Henry VIII was a big blow to the town and almost destroyed the once important ecclesiastical settlement. In 1654, as part of the Cromwellian re-distribution of land, the town of Kells was given to Colonel Richard Stephens.  Like many who benefited from grants of land, he decided to sell up and return to England.  Thomas Taylor, a surveyor from Sussex came to Ireland with Sir William Petty as his assistant in drawing up the Down Survey.  He seized the opportunity and purchased the unwanted lands.