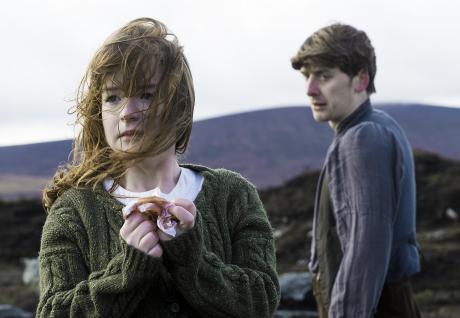 Supporting art makers and creative producers to push boundaries and innovate is something the arts office endeavours to achieve.

Facilitating and aiding the realisation of creative projects through funding assistance and other supports allows the arts office to help nurture artists in the creation of bold, ambitious and original works, helping to realise dreams, create employment and make valuable contributions to the arts in Ireland.

Below you will find a selection of projects that we have supported. 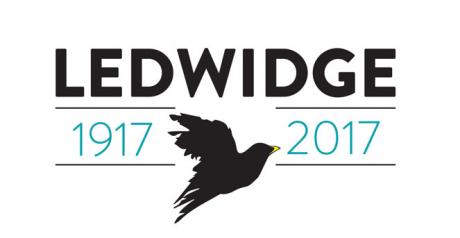 The centenary of the death of Slane poet, Francis Ledwidge, was commemorated during 2017 through a programme of events organised by Meath County Council Cultural Services and by the Ledwidge Museum Committee. The programme was jointly launched in the Solstice Arts Centre on 23 March 2017. Where Angels Listen was a creative and affectionate response to the life and works of Francis Ledwidge by some of Ireland's most celebrated contemporary artists. Steve Wickham (The Waterboys), Sinead Gleeson (RTÉ, The Book Show), SaraMai & Oisin Leech were invited to perform new works inspired by Ledwidge's evocative poems.  Where Angels Listen featured an eclectic mix of music, readings and performance. A bronze sculpture by Liam O Broin was unveiled and a Ledwidge Poetry Trail commissioned. This will see 2 bronze plaques featuring line from Ledwidge Poetry unveiled each year from 3 years. 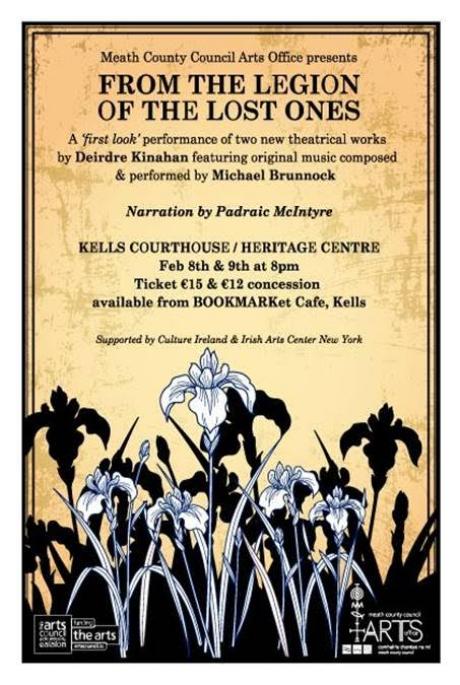 From The Legion of The Lost Ones

Commissioned and Presented by Meath County Council Arts Office and supported by the Irish Arts Centre New York, From the Legions of the Lost Ones supported the collaboration of two celebrated Meath artists, Michael Brunnock and Deirdre Kinahan in the production of two new theatrical works featuring original music. From the Legion of the Lost Ones opened a window into the lives of two lost Irish citizens: Ettie Steinberg  the only Irish woman known to have died in the Holocaust and Michael Doyle, a fictional character inspired by the stories of the Irish born British army P.O.W who signed up to Roger Casement’s Irish Brigade in 1915. Michael and Deirdre were joined by the extraordinary local actor Padraic MycIntyre, and musicians Rob Graham and Mick McAuley in this very special ‘first look’ performance exclusive to a Meath audience. 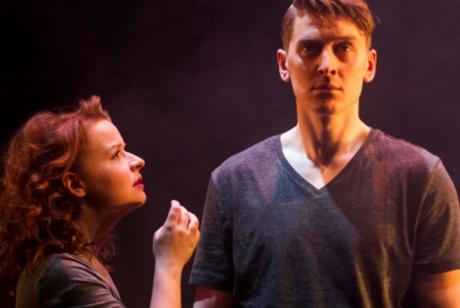 Commissioned by MCC Arts Office as part of our 2016 Commemorations Programme, WILD SKY by award winning playwright Deirdre Kinahan is a rich, powerful and moving theatre experience that explores the extraordinary energy and complexity of events in Ireland in the lead up to Easter 1916. Written from a uniquely rural perspective WILD SKY charts the radicalisation of a generation through the small cultural, national and sporting movements that flourished in Ireland at the turn of the twentieth century. 'WILD SKY’' premiered in February 2016 in Rossnaree House before touring around Ireland. It was selected as part of the Culture Ireland International Commemorations Programme and toured to the Irish Arts Centre, New York. WILD SKY the book is available from the Arts Office. 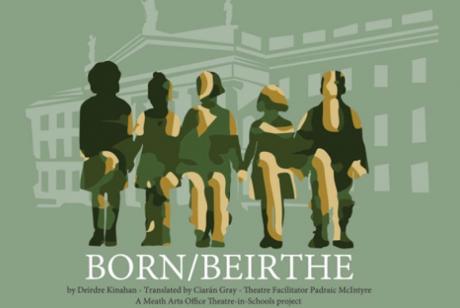 Born/Beirthe is play depicting the events of Easter Week 1916 written entirely for children to perform. Written as a play for 5th and 6th class primary school pupils, Deirdre Kinahan generously gifted the play to the Arts Services of Meath and Louth County Councils. Working in partnership, the Meath and Louth Arts Offices engaged playwright Ciarán Gray to translate the play into Irish. Born/Beirthe was then offered to primary schools in both counties with three schools in each being afforded the opportunity to work with award winning playwright and Theatre Director Padraic McIntyre in workshoping the play over a number of schools visits. 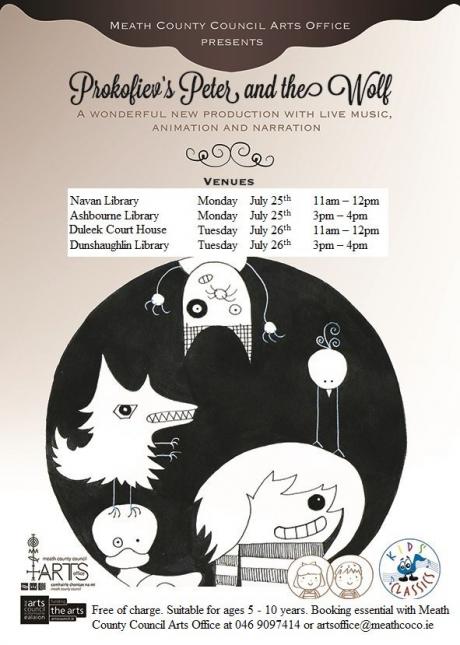 PETER AND THE WOLF by Ciarán Hope

Commissioned in Partnership with Kids Classics, Prokofiev’s Peter and the Wolf formed the basis for the 2015 Púcas and Potions Children's Halloween Arts Festival.

Peter and the Wolf toured the county during Halloween mid-term break in 2015 and again in the summer of 2016. 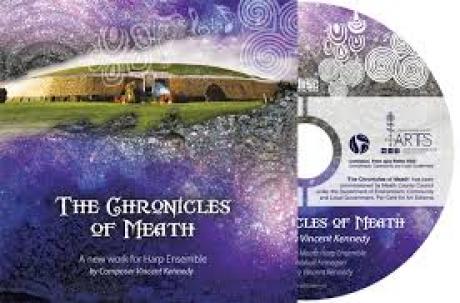 THE CHRONICLES OF MEATH by Vincent Kennedy

A commission funded the Department of the Environment, Community and Local Government Per Cent for Art Scheme.

This piece was specifically composed for six harps of the Meath Harp Ensemble led by Harpist Dearbhail Finnegan. The music is in seven movements each depicting a time in the long history of County Meath.

Following its premiere in Solstice Arts Centre, Navan, 2013 the Ensemble were invited to perform the work at the prestigious World Harp Congress, Sydney and at the Irish Embassy Canberra.

The movement, ‘Lament at the Boyne’ is now included on the Trinity School of Music’s London exam syllabus.

A CD recording of The Chronicles of Meath performed by the Meath Harp Ensemble, led by Dearbhail Finnegan and conducted by Vincent Kennedy was recently launched. Copies are available from the Arts Office. 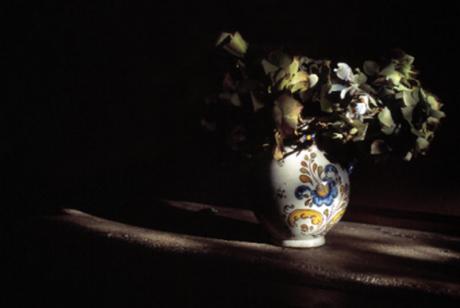 This body of photographs commissioned by Meath County Council Arts Office marked an intuitive collaboration between the writers who participated in the ‘Lit Lab’ project and photographer Anne Burke. Two journeys intertwined with the launch of an exhibition Murmur - a wave of prose and poetry from the creative furnace of the Lit Lab, with a visual response in the form of black and white and colour images. The existence of one informed the other with interweaving themes connecting the written word to the images. This project saw artists working in collaboration, exploring the spaces that open up when the visual and verbal combine. In this way experiences were documented, themes explored and memories were encapsulated. 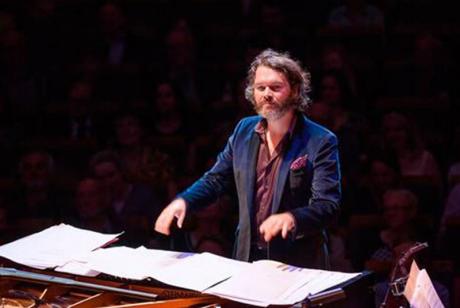 The Royal County Air by Oscar nominated composer Brian Byrne was commissioned for the Navan Silver Band in 2013.

Celebrating the band's long history and contribution to music in the county, The Royal County Air premiered in Solstice Arts Centre, Navan at the National Band Championships in March 2014. 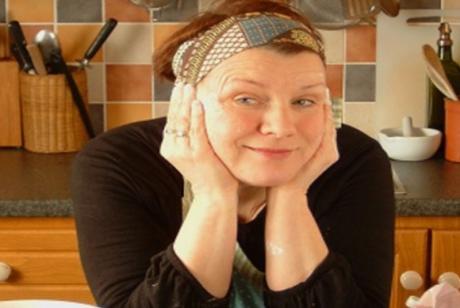 Commissioned by the Arts Office as a one act theatre piece for the Meath Bealtaine Festival 2010, Fruitcake by Alice Barry starts off as a cookery demonstration, but is in fact an account of one woman’s life.

Each ingredient reminds her of past memories and decisions made which ultimately changed the course of her life.

Starring Mary McEvoy in the lead role, Fruitcake toured a variety of venues in Meath during the Bealtaine Festival in May 2010 before embarking on a national sell out tour. 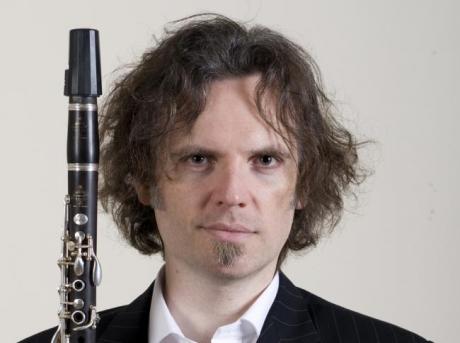 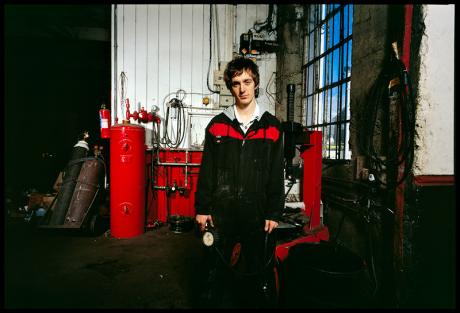 The portraiture exhibition, commissioned by Meath County Council Arts Office comprised a visual investigation into the less apparent aspects of life in Meath, specifically focusing on residents in Oldcastle and Ashbourne, two towns on either side of the Boyne. Over nine months, photographer Dominique Davoust photographed individuals in their homes or workspaces allowing the viewer a snapshot into place and personalities otherwise unknown.