Meath County Council is committed to delivering a significant Decade of Centenaries programme in 2022, including a number of events in remembrance of the major incidents that took place throughout the county.

Kathleen Napoli McKenna (1897-1988) born in Oldcastle, Co. Meath, was a witness and a contributor to one of the most significant times in Ireland’s history. In her work producing the Irish Bulletin for the Propaganda Department of the first Dáil, she showed bravery, resourcefulness and dexterity. During the War of Independence, the London treaty negotiations, and the Civil War, she had confidential and volatile information at her fingertips. She was twenty-two.

‘KATHLEEN’ by award-winning Irish artist and educator Leah Hilliard celebrates her remarkable story. A bespoke textile work is realised on a billboard located at the roundabout on Railway Street, Navan, with a QR code linking to a video spoken-word piece. Digitisation of the original textile work, draws attention to the evidence of the human hand; ‘KATHLEEN’ is an individual act of making, just as the Irish Bulletin was.

“The Irish Bulletin was about to carry to the world authentic news of our country.
With an air of self-satisfaction [Arthur] Griffith said I was to be its godmother. During the twenty terror-filled months in which, on point of honour, its publication never once failed.
I guarded my godchild with jealous affection.” - Kathleen Napoli McKenna

Leah Hilliard said, “I was particularly struck by the references to the skill and dexterity of Kathleen Napoli McKenna in laying out type. So much of the labour and success of campaigning involves intense and repetitive tasks that not only reinforce the bonds of the cause but also foster the comradeship needed to sustain commitment. The back of a piece of embroidery can be as revealing as the front; symbolising the way in which history often doesn’t give the full story of a campaign.”

Leah Hilliard’s work is based in performance, engaging with public space, and involves spoken word, fabric and installation. With a background in event management and public art commissioning, her practice explores her long-standing interests in technology and society, particularly in relation to the lives of women and the ways in which women create formal and informal networks for the transfer of information.

The billboard on Railway Street was displayed between 28 April - 19 May 2022.

Leah Hilliard was awarded the ‘Meath County Council Cultural Services Kathleen McKenna Award’ in 2021. This award is supported by the Department of Tourism, Culture, Arts, Gaeltacht, Sport and Media under the Decade of Centenaries 2012 - 2023 initiative. 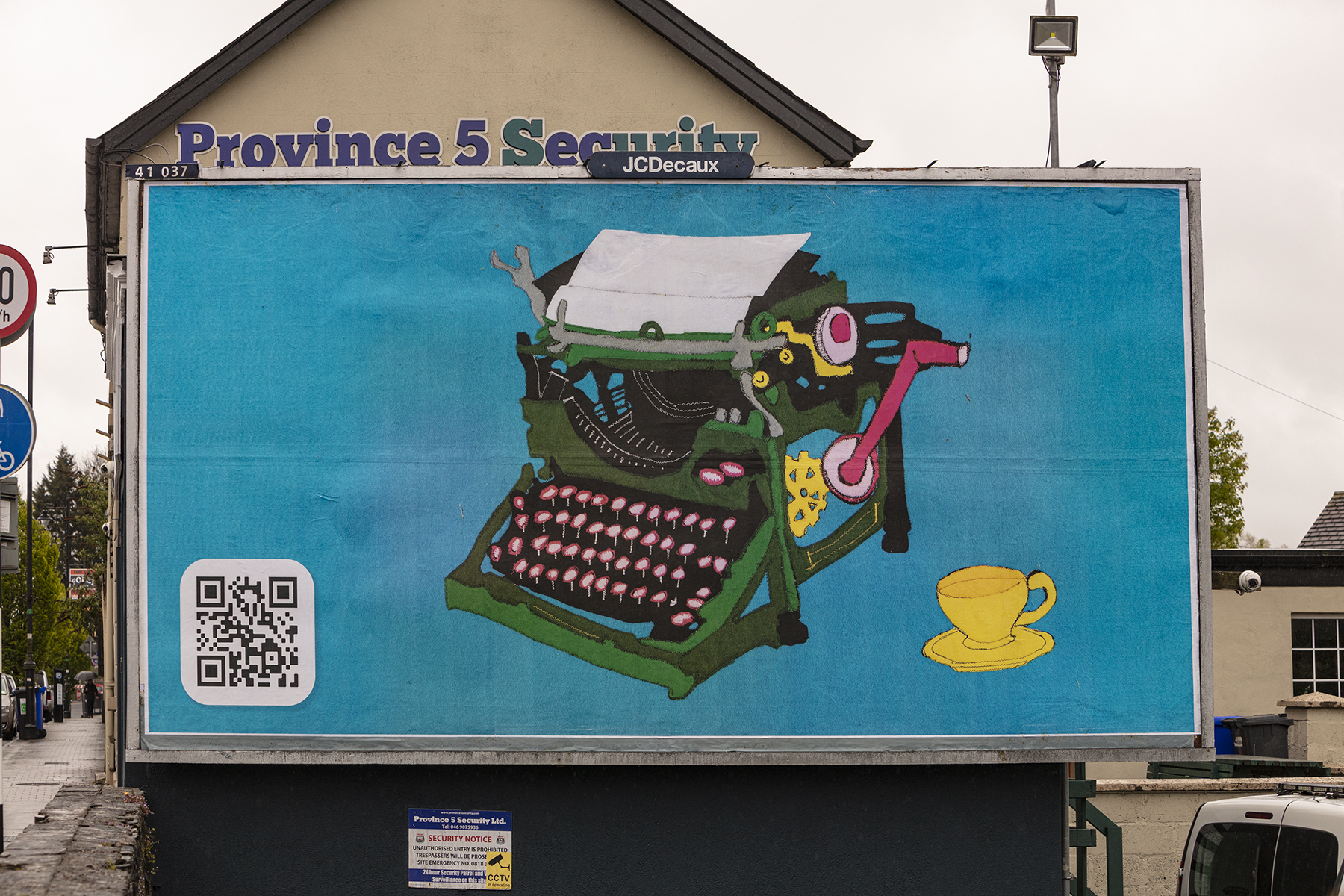 Brian Gallagher was born in Dublin. He is a full-time writer whose plays and short stories have been produced in Ireland, Britain, and Canada. He has worked extensively in radio and television, writing many dramas and documentaries. In recent years he has concentrated on historical fiction for older children/young adults, and his novels cover the decade of centenaries period i.e Across the Divide, Taking Sides, and Friend or Foe

Brian worked with Boyerstown NS, Navan and St. Patrick’s NS, Slane over a two month period, March to April, to help the children explore the history of the revolutionary period in their local areas. Boyerstown NS was selected as it is located close to the scene of the ‘Battle of Curraghtown ‘, the major event in Meath during the Civil War. 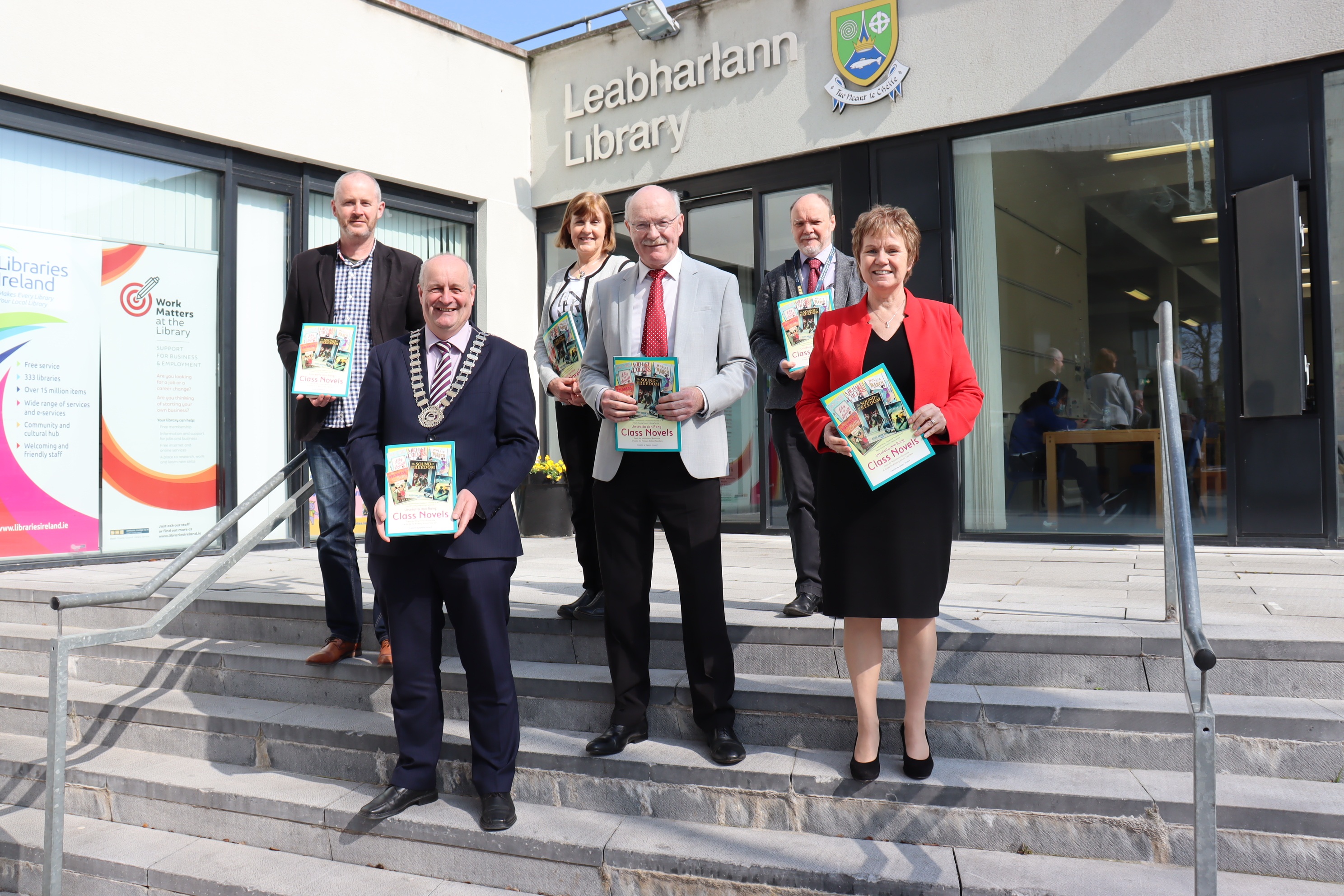 Having served Ireland as a diplomatic representative for over forty years in many places around the world and having seen the tricolour raised with dignity and respect, Frank Cogan returns to his roots in north Meath, to the summer of 1954. His memory of an Old IRA commemoration in Ballinlough cemetery, and the still-vivid shock of the discharge of weapons over a rural grave, lead him to explore his family connections with the struggle for statehood a hundred years ago.

His exploration begins with the founding of the 5th battalion in north Meath in 1917, the decisive 1918 General Election, the tragic deaths of Séamus Cogan and Patrick McDonnell, the Sylvan Park and Drumbaragh ambushes, to reorganisation of the battalion and to Truce and Civil War.

In approaching this complex period in our history, Cogan’s work is in keeping with the principle of the Decade of Centenaries 2012-2023 of remembering appropriately, proportionately, respectfully and with sensitivity. His search leads him to make contact with a grand-nephew of 2nd Lieut. Albert Henry Ball who commanded the cyclist platoon of the Norfolk Regiment in Oldcastle on the fateful night Séamus Cogan was killed and who, quite probably, pulled the trigger.

Major Albert Henry Ball was my great-uncle and … it is an honour for me to act on behalf of him and his family in firmly and warmly grasping your extended hand in a reciprocal act of friendship, peace and reconciliation. 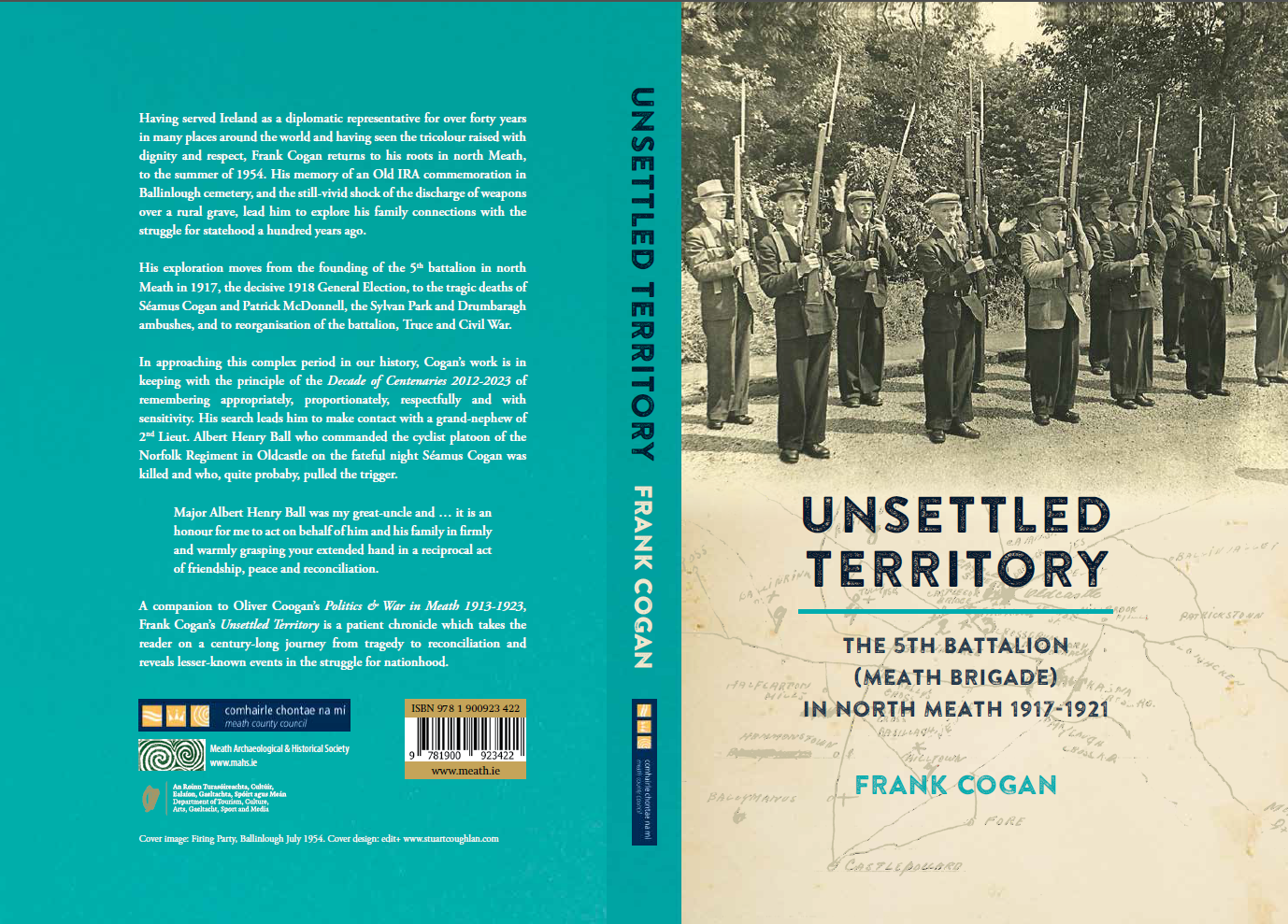 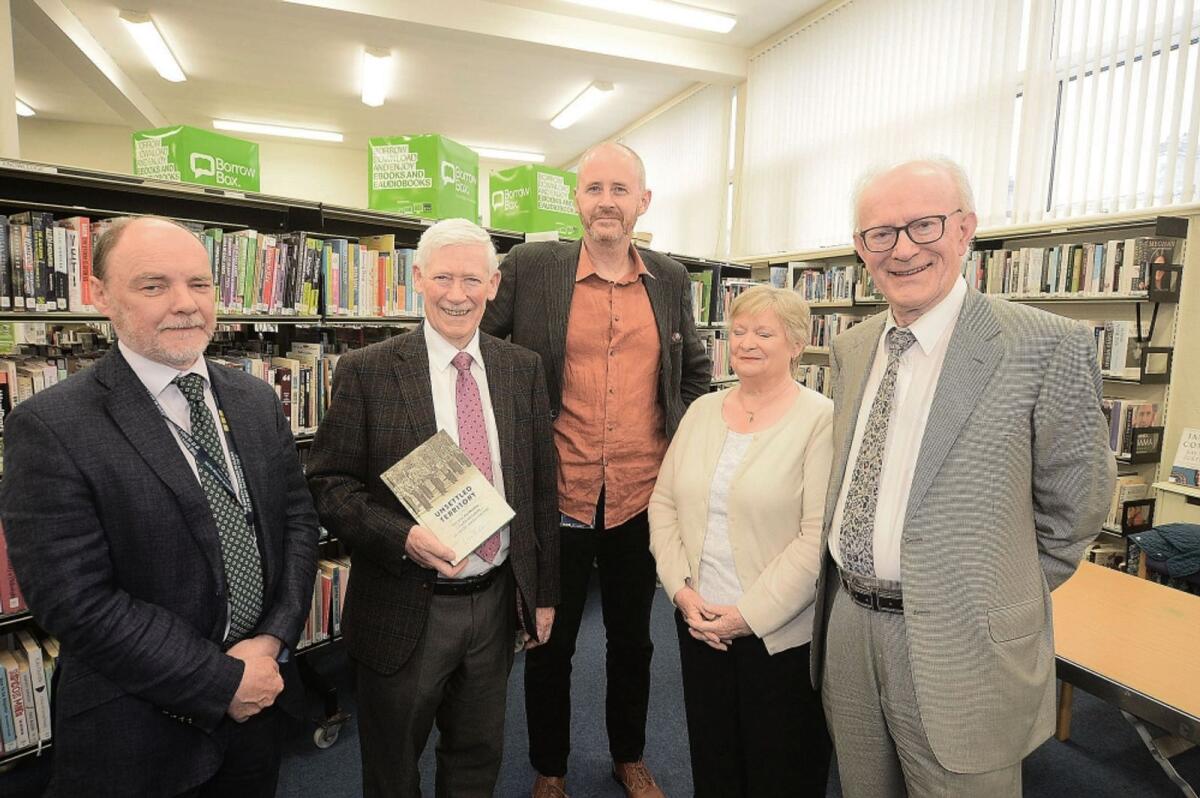 A full day of lectures on the Civil War was programmed as part of Hindsight History Festival within the major nationally acclaimed Hinterland Festival of Literature at Kells in June 2022.The day long event was supported with funding from the Meath Decade of Centenaries Programme 2012-2023.

The lectures were programmed by Dr. Myles Dungan, RTE History Show and curator of the Hinterland Festival. The lecturers included Dr. Dungan and leading local, national and international speakers.

Support to the Hindsight Festival project aligned with the following themes

In 2020 Kells singer/songwriter Michael Brunnock was commissioned to write a suite of songs to compliment the Deirdre Kinahan civil war theatre commission ‘Outrage’. These songs are informed by the play ‘Outrage’ and can also be presented as a stand-alone project. These works also compliment an independent Michael Brunnock commemorations project based on the life of Roger Casement.

Funding is allocated towards the recording of these songs and production of a CD and limited-edition vinyl. These will provide an excellent legacy piece to accompany the publication of the commemoration’s theatre trilogy.

Song cycle complete, concert premiere held on June 24th to packed audience at the Courthouse Kells as part of the Hinterland Festival and supported under the LLPPS 3.

The concert was filmed and audio recorded. Film footage will be edited over the summer months. Audio will be mixed with further studio days scheduled late July to amend/add extra songs. 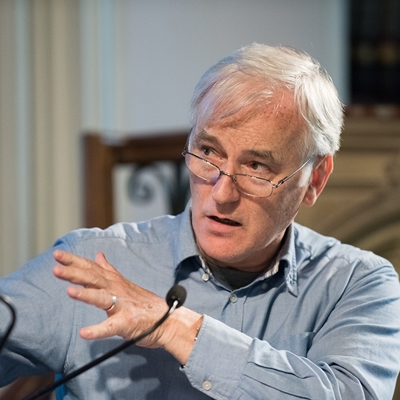 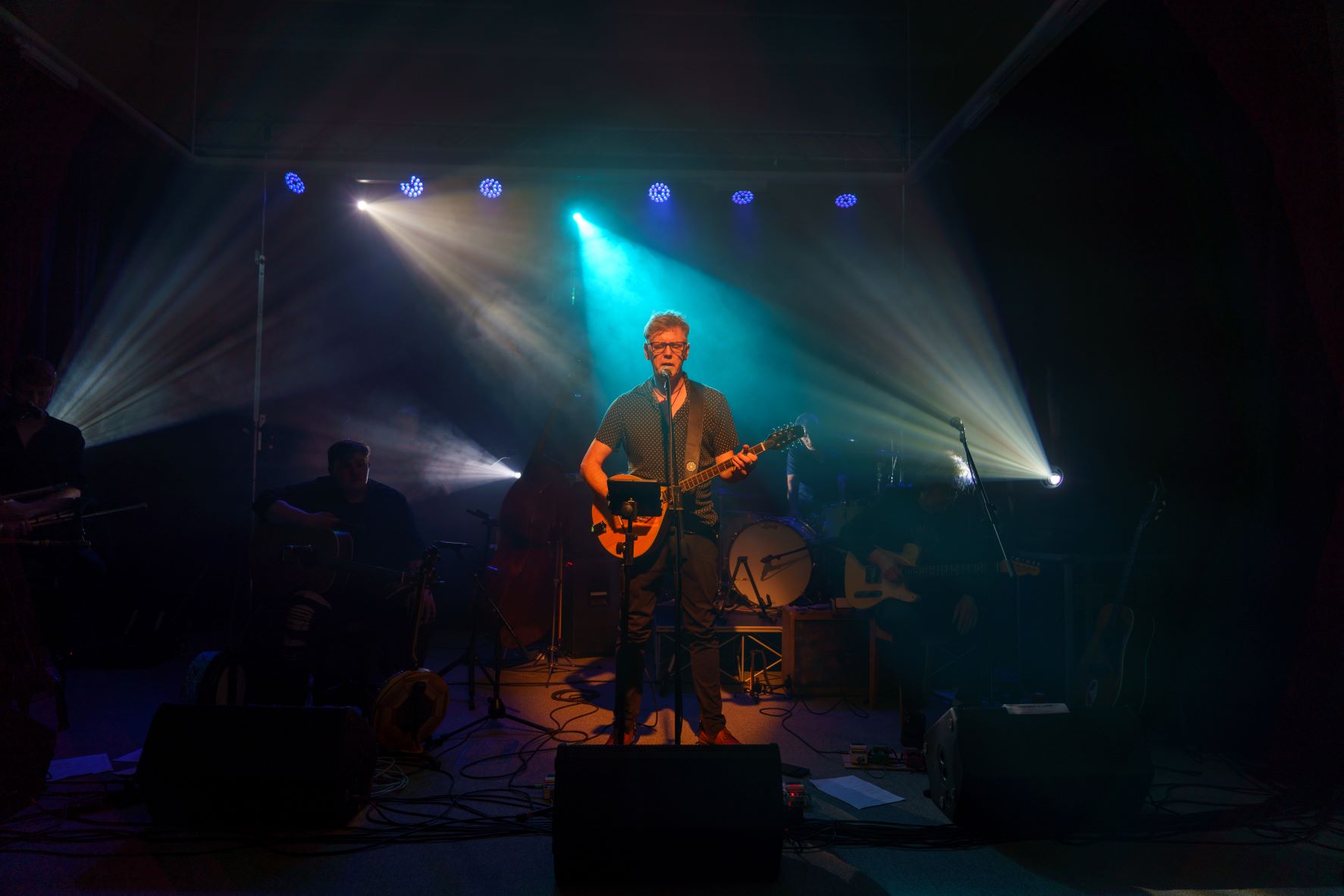 Curraghtown, July 1922 is published by Meath County Council on the centenary of the battle of Curraghtown which took place on 5 and 6 July 1922, and is a companion to Trim, September 1920. This programme of publication forms an important part of Meath’s Decade of Centenaries 2012-2023 Programme which aims, in keeping with the principles of the national programme, to be broad and inclusive, to highlight the economic and social conditions of the period, and the shifts in cultural norms.

Between April and June 1922 clashes in Meath occurred between pro- and anti-Treaty forces in Slane, Dunshaughlin and Athboy. Following the shelling of the Fourt Courts in Dublin, The Meath Chronicle of 1 July 1922 reported ‘scenes in Navan of warlike character’ – significant movement of Free State troops by railway, the commandeering of cars, lorries and provisions in Skryne and Kilmessan, and the early arrests of several leading republicans in Navan and Trim.

On 5 July 1922 Michael Hilliard’s Navan IRA company based at Curraghtown House, was joined by companies from Kilberry, Rathkenny, Clongill and The Commons, bringing their strength to thirty-three men. A force of 200 Free State troops surrounded the house and a battle ensued that continued through the night. By the time Father Ellis of Dunderry and Father Kilmartin of Navan had brokered a surrender, George McDermott from The Commons and Seán Nolan of the Free State army lay dead. 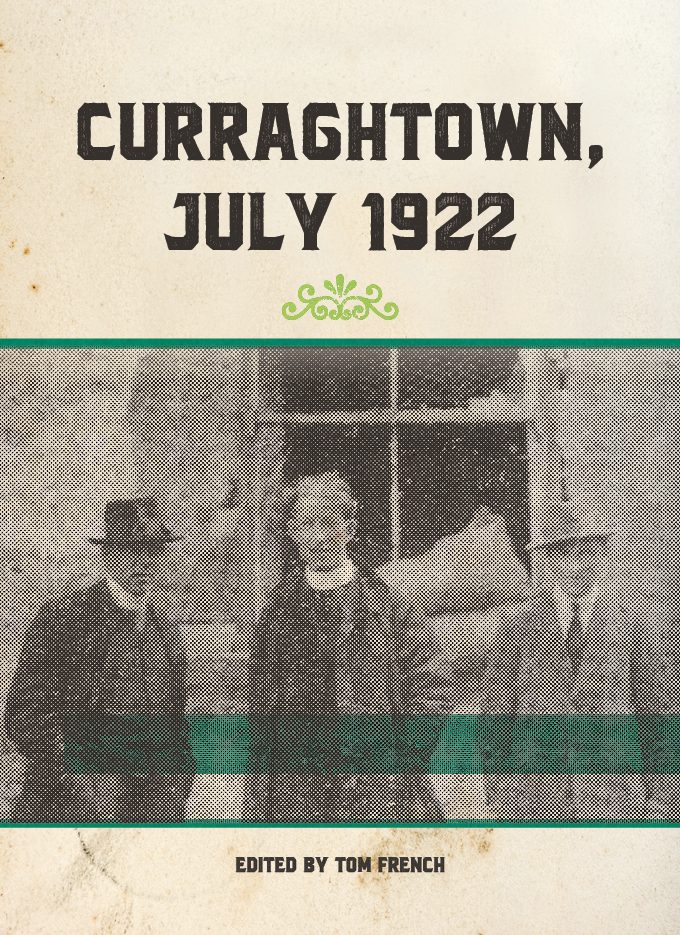 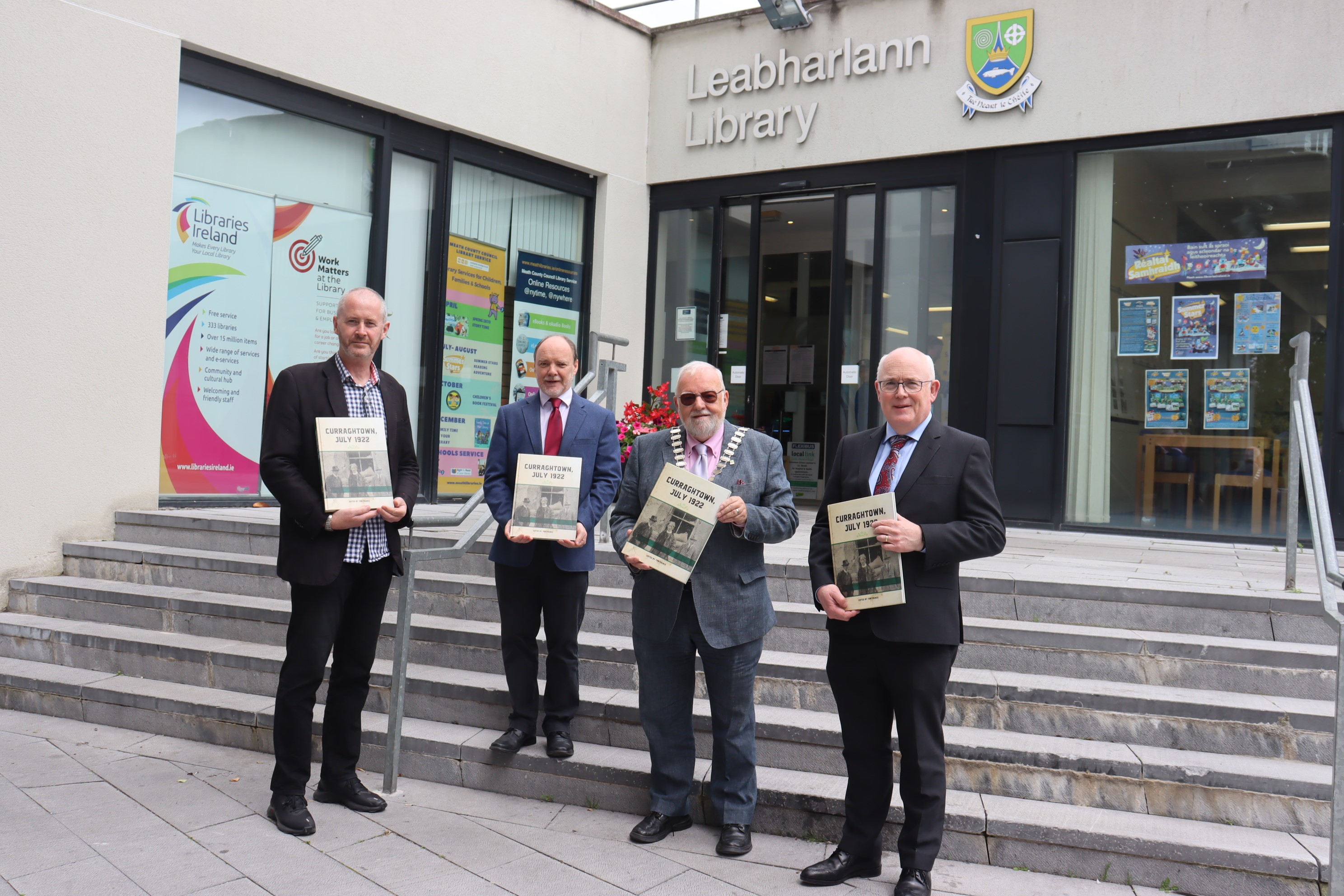 Playwright Deirdre Kinahan currently working on script for two 6 – 8 min. pieces based on the testimonies of Kathleen McKenna, Oldcastle Co Meath and Mrs Woods, Morehampton Rd Dublin. Both women played significant roles during the period. Both women’s testimonies also informed Deirdre Kinahan’s ‘Raging’ Decade of Centenaries Theatre Trilogy. Ms Kinahan has invited Local historian Myles Dungan to work with her on a third male testimony. Plans are underway to secure identified actors, costume and make up designers for the filming of the piece. A rehearsal and filkming schedule will be drawn up for early autumn once actors’ availability confirmed. 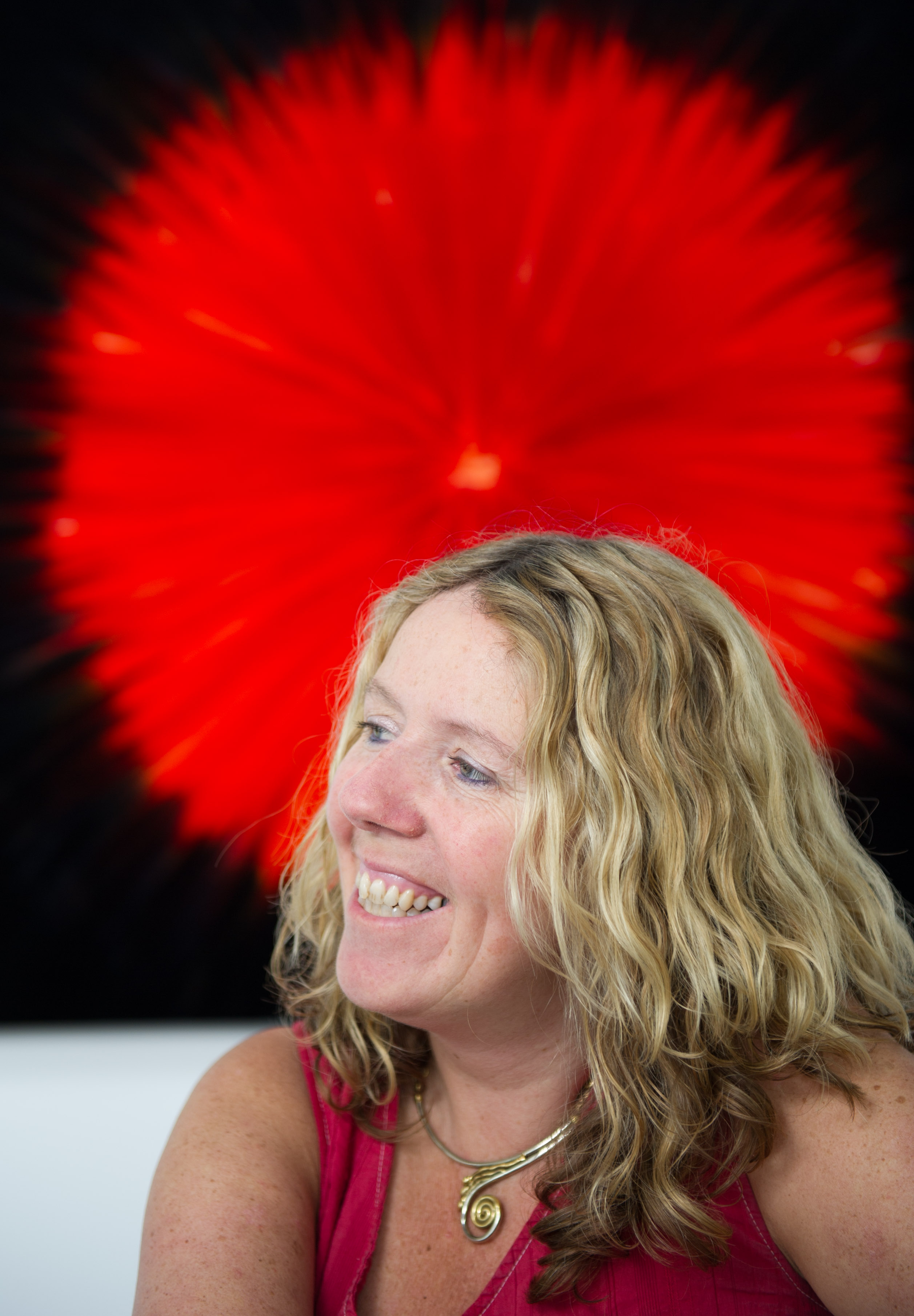 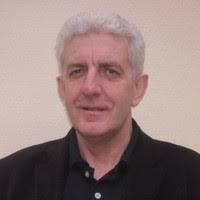 Meath History Workshop –  Seminar on the Decade of Centenaries in Meath

The group will host a seminar in Meath County Council HQ, Buvinda House, Navan on the 22nd October 2022 with guest speakers invited to reflect on the commemorations to date.

The seminar will be open to the public.

Further details will be available closer to the date.

Four-part project to commemorate the life and work of Maire Ní Raghallaigh ( 1867 – 1941)) .Similar to many female revolutionaries Máire Ní Raghallaigh’s role as a cultural revolutionary has been largely forgotten. Máire’s role as a leading figure in the Gaelic League and her promotion of the Irish language through her bookshop on Dorset Street will be commemorated in her native Drumconrath.  These projects will be delivered in partnership with Drumconrath Cultural and Heritage Group.

The painting will be presented to the community and displayed prominently in Drumconrath Community Centre to encourage community engagement with the subject matter and demonstrate the commitment of Meath County Council to supporting the work of local artists. 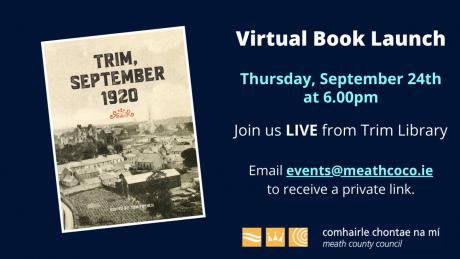 The period from 1912 to 1922 was one of the most eventful in Ireland’s history. From the campaign for Home Rule, through World War One and the Easter Rising of 1916 to the foundation of the Free State, this was a decade of great change. Campaigns for social reforms went hand in hand with political events. The Decade of Centenaries programme aims to commemorate the steps that Ireland took between 1912 and 1922 in a tolerant, inclusive and respectful way.

In 2013 Meath County Council was delighted to return to print Oliver Coogan’s Politics and War in Meath 1913-1923. This volume – Trim September 1920 – is published on the centenary of the tumultuous events which occurred in the town of Trim a century ago, and forms part of County Meath’s Decade of Centenaries commemorations. By presenting contemporary accounts, documents and images, it is hoped that this book will contribute to our understanding of our history.

The book was launched virtually from Trim Library on Thursday, September 24th and was published LIVE on YouTube,

The book is available at a cost of €10 from Meath libraries and from Anotonia's Bookshop, Trim.

To further aid understanding of this critical period in our history the local authority is publishing a new volume, Trim September 1920. This volume will be published on the centenary of the tumultuous events which occurred in the town of Trim a century ago, and forms a vital part of County Meath’s Decade of Centenaries commemorations. By presenting contemporary accounts, documents and images, it is hoped that this book will contribute to our understanding of our history. The book will reproduce facsimiles of original courts martial and prison documents, contemporary newspaper accounts, stills of contemporary newsreel footage, and rare photographs of the town in the immediate aftermath of the burning.

Supported by the Department of Culture, Heritage and the Gaeltacht under the Decade of Centenaries 2012-2023 initiative.